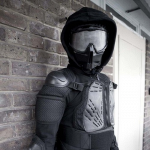 Point 2.4 on your profile

Re: Solar Power Cells and Apples

Could you please unblock this user?

Retrieved from "https://mylegonetwork.fandom.com/wiki/User_talk:Razgriz_Ghost?oldid=189563"
Community content is available under CC-BY-SA unless otherwise noted.